Organic recycling was part of the urban ecology during the middle ages. “However, as cities grew larger, their self-regulatory ecosystems began to break down” Carolyn Steel writes in her instructive chapter ‘Waste’ in Hungry City (2008:251). “If the ‘filth and muck’ of fourteenth-century Coventry caused a nuisance, that of London, a city 10 times the size, can be readily imagined.” (ibid). The other side of the coin was the state of agriculture, which was facing a rapidly decreasing soil fertility (see earlier blog 18-8). It was what Marx called ‘metabolic rift’ a rift in the metabolism of the human relation to nature through labor which “disturbs the metabolic interaction between man and the earth, i.e. it prevents the return to the soil of its constituent elements consumed by man in the form of food and clothing” he wrote (cited in Foster 1999:379). 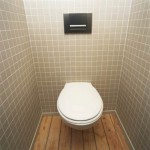 Marx was not alone in his opinion and he himself was greatly influenced by Justus von Liebig. Proposals to compost human waste as part of the design of the urban waste disposal system were propagated and sometimes tried in the UK, France and Germany (see Steel chapter Waste) and in the Netherlands (in Groningen see earlier blog 16-8). The sewage system with no in-built recycling won, most of the world sewage is dumped in the ocean untreated. The metabolic rift in terms of Marx widened and its effect is only delayed by chemical fertilizers and global transport. Yet, “nutrients found in sewage are a finite commodity” (Steel 2008: 259). In a few decades when the mines with phosphates are empty and the oil has leaked away in the sea, human sewage will most probably become a valuable resource again.