The talk is part of the Rural Sociology 75th Anniverary webinar series ‘Looking back, Looking Forward: Setting a future agenda for rural sociology’.

The event will be streamed by Zoom. You can now register for the webinar: https://us02web.zoom.us/webinar/register/WN_VpRUm51-QberdN-QyKWe0w

We are proud to announce our upcoming seminar series ‘Looking back, Looking Forward: Setting a future agenda for rural sociology’ as part of the 75th anniversary celebration of Rural Sociology. We will kick off the series in February and continue throughout 2021, leading up to our grand anniversary celebration on the 24th of September. END_OF_DOCUMENT_TOKEN_TO_BE_REPLACED

The Netherlands witnessed in the 1990s the emergence of novel expressions of collective action among farmers. Building upon a rich tradition of agricultural cooperativism as well as outcomes of regional farming style research (see blog 10), these novel forms of collective action aimed initially especially for more farmer-friendly agri-environmental and nature policy measures. END_OF_DOCUMENT_TOKEN_TO_BE_REPLACED 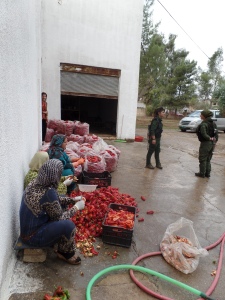 In one of our previous blogs we discussed Van der Ploeg’s concept resistance of the Third Kind (see Anniversary Blog 7). This was defined as a resistance which resides in working practices and farmers’ fields and is expressed in the way that cows are bred, how manure is made, products are delivered. In short, it is a resistance which intervenes in and reorganizes production, reproduction and markets (Van der Ploeg 2007). In this blog, the reconstruction of Kobanî is discussed a resistance of the third kind. END_OF_DOCUMENT_TOKEN_TO_BE_REPLACED

Farming styles refer to a cultural repertoire, a composite of normative and strategic ideas about how farming should be done. The notion goes back to early work of Hofstee, the founding father of the Rural Sociology Group, initially by focussing on the cultural backgrounds of inter-regional differences in farmers’ uptake the agricultural modernisation logics. Late 1980s the notions re-appears, changing the focal point to intra-regional significance of differentiating farmers’ responses in relation to the various sustainability problems that characterize these same modernisation logics.

END_OF_DOCUMENT_TOKEN_TO_BE_REPLACED 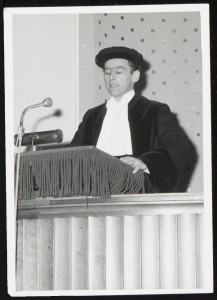 Countryside excursion at the 2016 Graduate Workshop

The collaboration between the group of rural sociology at Wageningen University and the group of agri-food political economy at Kyoto University officially started in July 2014, when we signed a letter of intent to foster international cooperation in education and research. This was first materialised when Kyoto University invited Dirk Roep in February 2015, and Guido Ruivenkamp and Joost Jongerden in March 2015 (http://agst.jgp.kyoto-u.ac.jp/topics/report/376). Their visit to Kyoto kickstarted a series of intensive lectures given by invited RSO members as well as a series of joint workshops between the two groups either in Kyoto or in Wageningen, as explained below. END_OF_DOCUMENT_TOKEN_TO_BE_REPLACED 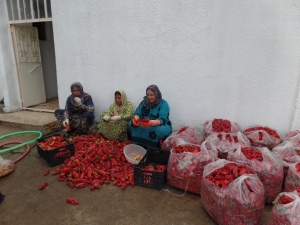 When it comes to the agrarian question, academia has been deeply divided. At the risk of caricature, there is one school of thought that considers the process of capitalist development a force that moves history progressively forward and another that takes the creative agency of people as the primary force of development. Historically, the Rural Sociology Group belongs to the latter school. The work on farming styles, meaningful diversity, new peasantries and foodscapes gave expression to the idea of this creative agency (Hofstee 1982, Ploeg 2008, Wiskerke 2009). In this blog, I will explore the importance of the agency concept through Van der Ploeg’s concept of resistance. END_OF_DOCUMENT_TOKEN_TO_BE_REPLACED

In 1949, three years after his appointment as professor in social and economic geography, the ‘trojan horse’ through which rural sociology entered Wageningen, Evert Willem (E.W.) Hofstee became the chair of a commission to study the development of fertility in the Netherlands.[1] This Commission for Birth Research (Commissie voor het Geboorte-Onderzoek)[2] was part of the Institute for Social Research of the Dutch People (Instituut voor Sociaal Onderzoek van het Nederlandse Volk [ISONOVO]). END_OF_DOCUMENT_TOKEN_TO_BE_REPLACED 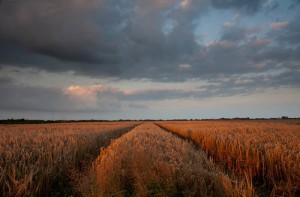 When Evert Willem (E.W.) Hofstee, founding father of rural sociology in the Netherlands, started his academic career as a lecturer at Groningen University in 1938, he defined his work as ‘sociography’ (Hofstee 1938). In this, he was clearly following in the footsteps of his teacher and tutor, Sebald Rudolf Steinmetz (1862- 1940), who had created the new discipline from a fusion of sociology and geography (Karel 2002: 2-3). Only later would Hofstee add the word “sociology” to the domain of his work. Thus, the department (“vakgroep”) he established and headed at the Agricultural University in Wageningen from 1954 onwards was named “sociography and sociology” before being renamed as “sociology”, and then, more precisely, “rural sociology”. Nevertheless, until the end of his life, he remained committed to the agenda of “sociography”: a grounded theoretical approach with low levels of abstraction and high probability of practical application (Hofstee 1938, Hofstee 1982; Karel 2002). END_OF_DOCUMENT_TOKEN_TO_BE_REPLACED