Architecture historian Marinke Steenhuis explains the background of the garden city concept and comments on the design of Tuindorp Vreewijk, the first realisation of this concept in The Netherlands. Garden cities were an enlightened response to the deplorable living conditions of factory workers during the early stages of industrialisation. Workers were supposed to live in well designed but efficiently built houses, in blocks with thoughtfully located backyard gardens and communal green spaces. They were supposed to grow their own vegetables and children could play in public green areas, where once there were meadows and cows on the Isle of Ijsselmonde, at the left bank of the river Maas. 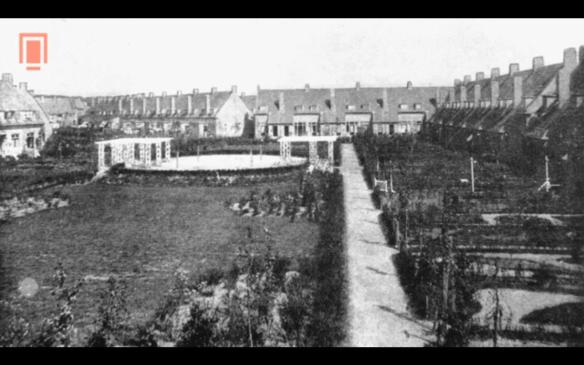 Het Portaal developed a project, sponsored by building society Com.Wonen, to produce a whole series of videos about the transformation of Vreewijk, a much debated subject as there are widely differing views on how this prachtwijk (beautiful district) of Rotterdam needs to be retrofitted to face the challenges of the 21 first century.