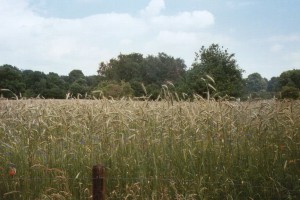 Thesis for the International Development programme – Rural Sociology – Wageningen UR

The world population increases, the world food production increases but the number of farmers declines. Although agricultural production increased (United Nation 2014) in the last decade three million farms disappeared in Europe (La Via Campesina 2013). Farmers are facing many challenges and threats. Nowadays they have to deal with market price fluctuations, market competition, access to capital and technology and high difficulties in the intergenerational succession of farming activities (Davidova and Thomson 2014).

In contrast, large scale farmers are able to cope better with such stresses, nevertheless contributing to reduce the competiveness among farmers, due to their production capacity and better access to capital (Evans 2014). Technological and policy choices by large producers and landholders fuelled the growth of inequality in rural areas contributing to squeezing out small farms (van der Ploeg 2006; De Schutter 2014). According to the 2014 State of Agriculture 1% of farmers control 65% of all agricultural land (FAO 2014). Although many small farmers keep on struggling to survive, Europe became in last decades one of the leading power in agricultural trade (Fritz 2011).

The increasing agricultural production has also an environmental downside. The diffusion of agricultural monoculture is in fact often associated with the burgeoning use of pesticides and fertilizers and damages to ecosystem while contributing to the decline of biodiversity (Carvalho 2006; Stoate et al. 2001). Moreover, the increasing demand for biofuels and its production expansion challenges the land availability for food production (Weis 2010) while contributing to deforestation (Borras 2010).

The continuous decline of biodiversity, environmental degradation, the decreasing number of farmers, put the state of agriculture at risk. For these reasons it is important to recognise how agriculture policy is addressed in Europe. The intervention of international institutions on trade and agricultural policies strongly marked the current political framework where farming takes place. At the European level the Common Agricultural Policy (CAP) is the agricultural policy that is supposed to address the development of the farming sector.

Given the decline of small family farms, and given the need for more ecological modes of production (which are in many cases small scale), in my thesis I investigated how the support of large farm by the CAP might be related to the decline of small family farmers. This has been done by doing a Critical Discourse Analysis (CDA) of the ‘European regulation establishing rules for direct payments to farmers under support schemes within the common agricultural policy’ from the latest CAP 2014-2020, and by looking particularly at the payment scheme about ‘agricultural practices beneficial for the environment and the climate’ also known as ‘greening’. 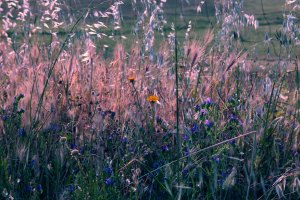 In order to understand the role of CAP I investigated what are the potential discursive implications of the ‘European regulation establishing rules for direct payments to farmers under support schemes within the common agricultural policy’ on European farmers. Further, to understand the influence of the CAP on farmers I enquired how the CAP supports small and large scale farmers. In order to understand what the impacts on nature are I investigated over the implications for farming practices.

As mentioned earlier in analysing the document CDA has been used. CDA elaborated by Fairclough (2013) allowed me to do a linguistic analysis of the text. In applying CDA I adopted a threefold approach: micro, meso and macro. The micro level allowed me to analyse the language of the text; in the meso I placed the meanings extrapolated in a wider context and in the macro I tried to link the meanings to social practices. A threefold has been very important to fully understand the meaning of the text and how the text might influence social agricultural practices. In order to apply the CDA, the regulation has been summarized in a way to understand the meaning of its various sections. Further the definitions have been analysed. I have then preceded focusing on the analysis of chapter three and especially looking at the social practices that characterize the discourse.

The payment scheme includes three agricultural practices that farmers have to comply with namely: Crop diversification, Permanent grassland maintenance and the creation of Ecological focus areas. The analysis showed incongruences with the definitions used in the regulation. The micro analysis showed how the Commission holding the power over the regulation delegates member states to interpret and adapt the regulation. This section allows to deeply understand the meaning of the language. Further the meso level showed how small scale farmers are exempted from the compliance with crop diversification and the creation of ecological focus areas. It further showed how crop diversification will affect a minimal share of European lands. Additionally there is no measure regarding the use of chemical inputs. The macro level showed discrepancies between some of the objectives and the possible outcomes of the scheme. The section also showed how farmers are differently addressed in the scheme. It is also showed how exempting farmers might affect the European production of biofuels, animal feed, and human food.

Concluding, the thesis showed that there is no clear link between the practices proposed and benefits for the environment and the climate, if not with minimal effort. The reproduction of the language and ideas in time of the text contributes to a consolidation of the power held by international institutions. In doing so the political articulation of the Commission contributes to the subversion of the natural attitudes of European farmers’ realities. It also emerged that some farmers are still entitled to such payments but not all obliged to comply with practices ‘beneficial for the environment and the climate’. A more target policy would have better addressed each category of farmers, promoting a green transition where it is most needed.

De Schutter, Olivier. 2014. Final Report: The Transformative Potential of the Right to Food.

La Via Campesina. 2013. Small Farms and Short Supply Chains in the European Union.