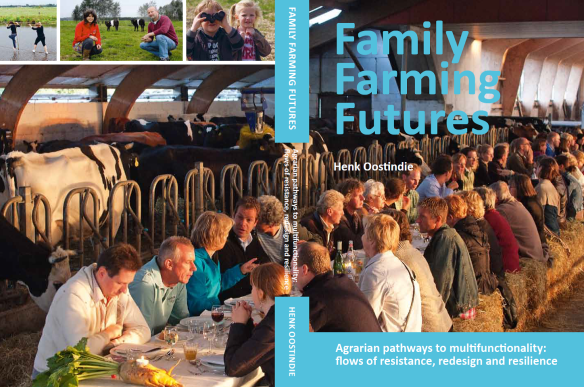 March 20, 2015 at 1.30 pm Henk Oostindie will publicly defend his PhD-thesis ‘Familiy Farming Futures. Agrarian pathways to multifunctionality: flows of resistance, redesign and resilience‘ in the Auditorium of Wageningen University. The defence ceremony will be streamed live by WURTV but can be viewed later as well. A hard copy of the thesis can be ordered by sending an email to Henk.Oostindie@wur.nl or a pdf can be downloaded from Wageningen Library (embargo untill March 20).

The PhD-thesis compiles different national and European research projects on multifunctionality and multifunctional agriculture Henk Oostindie was involved since 1999. He has thus gained both a broad and profound knowledge of multifunctionality as a concept and as practice. He is a highly esteemed colleague at our Rural Sociology group.