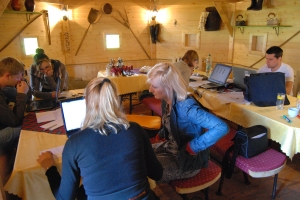 When I first heard about the Intensive Programme in Slovakia, I did not really know what to expect. The core of my MSc lies at land use planning, but for my thesis I choose a combination with rural sociology. What triggered me the most was the country. I’ve never been to Eastern (or Central) Europe and saw in the IP a great opportunity to experience transition from communism to capitalism and into EU-membership recently. On the first day the exchange with other students (about 40 from 12 universities, and even more countries) turned out to be just as interesting. Encouraged by cheap beer we had long discussions about everything, but still, mostly about the role of agriculture in the different countries. 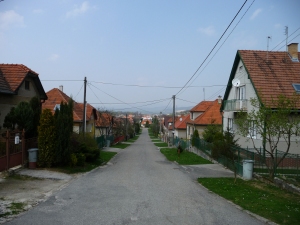 For me the three day excursion to different villages in the Nitra-region was definitely a highlight. We were divided into small groups, each with a different region. My group stayed in a small cottage, north of Nitra. We were introduced to mayors of the small villages. I liked to see the differences between the Dutch planning system, where everything is arranged from paving stone to strategic master plans for 2030; and the project-based development in the little Slovakian villages: “if we have the money, we’ll think about constructing a sewerage system next year”. It makes all problems we have on the Dutch countryside (like “verrommeling”) relatively small.

The second day we went to a large cooperative farm. The size was overwhelming: 3000 ha., 120 employees, 800 cows and immense 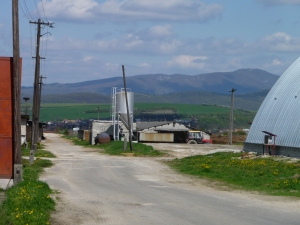 fields of rapeseed. But this was not everything; the cooperative farm (a legacy from communist times) had supporting departments in almost all layers of the market. We visited a bakery, a tool shop and a local grocery store (“Our Home”), all embodied in the cooperative. It put quite a different perspective on the development of short-supply-linkages. Small farms struggle in Slovakia, and we did not see many small scale (innovative) initiatives. What surprised me the most was that agriculture seemed to be disintegrated from all kinds of regional developments. There were no relations between local administration and the agricultural sector, and agriculture was not seen as a positive contribution (or even part of) to the landscape. Moreover the EU LEADER programme focussed in this region on social and economic developments; agriculture was not mentioned in the main objectives. Not surprisingly, since many villages suffer from more urgent problems, like ageing, unemployment, depopulation and a lack of basic social services.